Sree Chenganam Kunnathe Bhagavathy temple is one of the 108 ‘Durga Alayas’ created by Lord Parashurama. The last major renovation ceremony in the temple was conducted on an auspicious day, 10th May 1968 (28th Medam 1143 Chithra Nakshathram) and the same day is celebrated as the ‘Pradishta DInam’ every year. The other special occasion of the temple is on ‘Thri-Karthika Nakshathram’ in the month of Vrishikam. 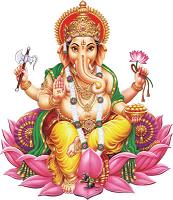 In almost all Kerala temples, Ganapathy will find a place among upadevas of the main pradishtas and is one of the best-known and most widely worshipped deities in the Hindu pantheon. Ganapathy is widely revered as the Remover of Obstacles and more generally as the Lord of Beginnings and the Lord of Obstacles, patron of arts and sciences, and the deva of intellect and wisdom. Here the Ganapathy shrine is situated within the Nalambalam itself, at the south-eastern corner.

At the northern side of the temple, outside the Nalambalam and just inside the pradikshinavazhy is the shrine of Sastha.There is a huge granite stone in front of the shrine, placed in an inclined position, for breaking coconuts, considered very dear to Sastha. During the mandala season, lot of devotees take darshan at this shrine. In front of the shrine arrangements are made for "malayidal" and "kettunira" for Sabarimala pilgrimage during Mandala season. 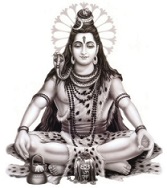 Shiva is 'shakti' or power, Shiva is the destroyer, the most powerful god of the Hindu pantheon and one of the godheads in the Hindu Trinity. Known by many names - Mahadeva, Mahayogi, Pashupati, Nataraja, Bhairava, Vishwanath, Bhava, Bhole Nath - Lord Shiva is perhaps the most complex of Hindu deities. Hindus recognize this by putting his shrine in the temple separate from those of other deities. In a Shaivite temple,the 'linga' is placed in the center underneath the spire, where it symbolizes the naval of the earth. Lord Shiva is situated inside the Nalambalam , at the Northern side. 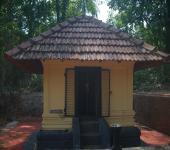 According to the Hindu mythology, lord Vishnu was impressed by the might of Bali, grandson of the great devotee Prahalada (a great devotee of Vishnu). Lord Vishnu was so pleased that he promised him divine protection and immortality until Bali was crowned Indra. To keep his promise, lord Vishnu left his abode in the heaven and started guarding Bali. Alarmed at this, Goddess Lakshmi (the consort of Lord Vishnu) decided to bring lord Vishnu back to his divine abode. Goddess Lakshmi disguised herself as a Brahmin woman and went to Bali to seek protection till her husband returns. Bali, kind by nature, welcomed her (Lakshmi) into his palace. Lakshmi was in the lookout for the right opportunity and came on the occasion of Shravana Purnima; Lakshmi tied a colored cotton thread (Rakhi) on Bali's wrist. Bali was greatly touched by this gesture of the Brahmin women (Lakshmi) and asked her for a gift. Lakshmi grabbed this opportunity and revealed her real identity and asked Bali to let go her husband (lord Vishnu). As Bali had given his words, he had to relent but he extracted a promise from the couple to visit his palace every year on this day for a meal with him. Taking cue from this tradition sisters visit their brothers on the day of Raksha Bandhan (Shravana Purnima) and have meal with them. On this auspicious day, they tie a thread (Rakhi) on the wrist of their brothers and wish for their long life and prosperity.
Here the Vishnurakshas shrine is situated outside the Nalambalam, at the North-western corner. 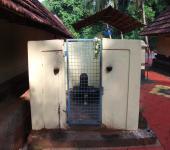 According to tradition, Kerala was created from the Arabian Sea by Parasurama and donated to Brahmins as a compensation for the sin of having slaughtered numerous Kshatriya dynasties. The land was covered in forest and home to snakes, and found to be inhospitable by Brahmins, who refused to stay there. Parasurama requested Lord Shiva to provide a solution, who advised that the Brahmins should start worshipping Ananta, the King of Snakes, and the bed on which Lord Vishnu reclines. The Sarpakavu is situated outside the Nalambalam , at the North-Western corner. 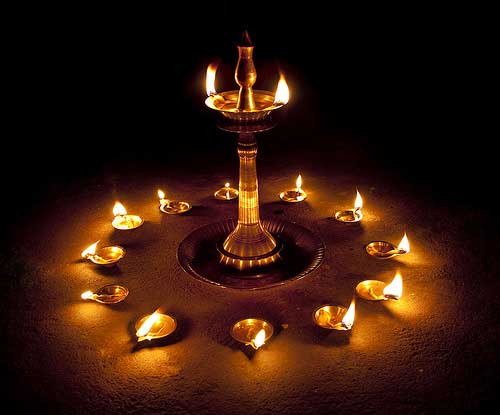 The Thrikarthika observed in the month of Karttikai/Vrischikam (mid-November to mid-December) as per Tamil/Malayalam calendar is an auspicious temple festival, also a Hindu festival in which the temple premise or the worship place is adorned with a huge number of oil-lit lamps. The festival is also known as ‘Karthika Vilakku’. This occurs on the day when the moon is in conjunction with the constellation Karthigai (Pleiades) and purnimai. This constellation appears as a group of six stars in the firmament in the shape of a pendant from the ear. The lighted lamp is considered an auspicious symbol. It is believed to ward off evil forces and usher in prosperity and joy. While the lighted lamp is important for all Hindu rituals and festivals, it is indispensable for Karthigai. This festival is also celebrated to commemorate the bonding between brothers and sisters in south India(analogous to Bhaiya-Dhuj and Raakhi). Sisters pray for the prosperity and success of their brothers and light lamps to mark the occasion. Some cultural art forms of Kerala like Classical concert,Dance,Kathakali,Ottamthulal,Chakyarkuthu etc... are performed in the temple premises for this festival. 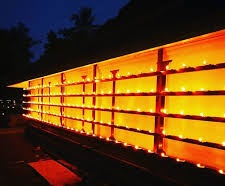 The Sanskrit word Prathishta is the Hindu theological term for a rite or ceremony by which a deity is infused or brought to inhabit a murti or icon of that deity used in connection with a murti is translated by Apte as "the consecration of an idol or image". Sree Chenganam Kunnathe Bhagavathy temple is one of the 108 ‘Durga Alayas’ created by Lord Parashurama. The last major renovation ceremony in the temple was conducted on an auspicious day, 10th May 1968 (28th Medam 1143 Chithra Nakshathram) and the same day is celebrated as the ‘Pradishta DInam’ every year.

Chenganamkunnu Temple is well connected with the other parts of the country by road and rail.
Nearest Towns/Cities
Palakkad - 55 KM
Shoranur - 13 KM
Pattambi - 7 KM
Trissur - 45 KM

Kochi international airport (Nedumbassery) is 95 kms from Chenganamkunnu and the Calicut airport is 67 kms away. All major international flight services are operated from these airports.